Temple of the real 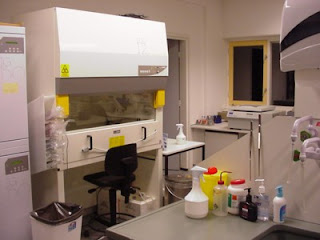 "Temple of the real" is the most beautiful description of a laboratory I've ever read. I saw it many years ago, and for a while every time I entered a lab there was a short moment of reflection and refocusing, not unlike the 'Oesh' greeting on entering a Kyokushinkai dojo in my high school days.

Of course science has its own issues with perception and reality. One might argue that reality cannot be perceived 'like it is' but only through our senses and instruments. But at least science is trying to close the gap. Not all actors in 'the real world' have the same intention.

Last week, about half an hour after I'd publicly argued that the primary function of government should be to protect its citizens against real (rather than perceived) risks and conflicts of interests, a leading European politician in the area of public health joined the meeting and asserted that perception of independence may be more important than independence itself. Like usual he left directly after his speech, no time for questions or comments.

It is perhaps to be expected that politicians considering the next election or appointment round will value public perception and Eurobarometer outcomes over reality. For public health, however, a focus on perceived rather than real risks is a bad idea; it wastes time and money, and may cost lives. Ideally, politicians should have the public good, rather than their own career, in mind. Those challenged by such selflessness may want to consider how future historians will judge them.